The Longest Day is an annual fundraising event held to support the fight against Alzheimer’s disease by the Alzheimer’s Association. This is the 10th anniversary of our partnership with the organization, and our community has raised almost $9 million! (Funds raised in Canada are donated to the Alzheimer Society of Canada.)

The event spans the longest day of the year, the Summer Solstice, and symbolizes the challenging journey of those living with Alzheimer’s and their caregivers.

Bridge is uniquely suited for The Longest Day because studies have shown that playing strategic games, like bridge, help keep your brain healthy. The Alzheimer’s Association has even included playing bridge on its list of 10 Ways to Love Your Brain.

How Bridge Players Can Help

Both clubs and players can support The Longest Day.

As a player, simply playing bridge at the club during the event will raise funds, as sanction fees go directly to the Alzheimer’s Association or Alzheimer Society of Canada. In return, you’ll earn elevated masterpoints in The Longest Day games.

U.S. clubs can register to be an official fundraising team at www.alz.org/acbl which will give them a special link to use for direct donations for their team.

Fundraising isn’t limited to contributing sanction fees or direct donations, though. Things like bridge lessons and raffles or even just a simple online donation to your local team go a long way in this fight.

For 2023, sanction fees from games held in Virtual Clubs on the weekend of The Longest Day (Sat-Sun., June 24-25) will be donated. To learn more about Virtual Clubs, visit acbl.org/virtual. Clubs that have returned to face-to-face play can choose one day during the week of June 18-24, 2023 as their Longest Day for special games.

Back to Top
Registration

Use the buttons above to sign up your club (or group of clubs), Unit or Tournament as an official “team” fighting to end Alzheimer’s on The Longest Day. To demonstrate your commitment, we ask each bridge team to raise funds and awareness to fuel the care, support and research efforts of the Alzheimer’s Association.

When you register to participate in The Longest Day, you will receive:

Use the code “ACBL” for free registration on the Alzheimer’s Association (US) website.

Register Your Event with ACBL

After you have registered with the Alzheimer’s Association, you must also register with ACBL to appear in the participating clubs list. Only register here if you are holding face to face games.

Back to Top
Non-registration participation instructions

Thank you for your interest in The Longest Day. While official registration is encouraged and makes your event more fun and exciting for your players, it is not a requirement to hold Alzheimer’s games.


Back to Top
Team Resources


Back to Top
FAQ
What is The Longest Day?
The Longest Day is a sunrise-to-sunset event to raise funds to fuel the care, support and research efforts of the Alzheimer’s Association. Held on the summer solstice, the longest day of the year, this event challenges participants to push their limits and complete approximately 16 hours of a consecutive activity – such as playing bridge. It’s one day to honor the strength, heart and endurance displayed by people with Alzheimer’s and their caregivers every day.
When is The Longest Day?
For 2023, the ACBL will allow Virtual Clubs to hold online Longest Day games on June 24 and 25, 2023 on Bridgebase.com. To learn more about Virtual Clubs, visit acbl.org/virtual. Clubs that have returned to face-to-face play can choose their Longest Day for special games during the week of June 18-25, 2023.
How long is The Longest Day?
For Virtual Clubs: From sunrise to sunset on June 24 and 25, 2023. For face-to-face clubs: One chosen day during the week of June 18-25, 2023.
How can my bridge club participate?
Your first step is to register your club/team with the Alzheimer’s Association (U.S.) or the Canadian Bridge Federation (Canada). This will allow you to directly donate funds. Visit alz.org/acbl) or cbf.ca. (Use the code “ACBL” for free registration with the Alzheimer’s Association.

Clubs who have returned to face-to-face play can choose their Longest Day during the week of June 18-25. Face-to-face awards for this event will be upgraded to 63.6% sectional-rated black points.

What if my club doesn’t have a sanction for June 2023?
You do not need a special sanction for face-to-face or online Alzheimer’s games; however, the club needs be a Virtual Club to hold games online.
Are we required to run games from sunrise to sunset?
Ideally, we would like all clubs to play marathon bridge for the duration of The Longest Day, but we realize that may not be possible. Just as each bridge club is their own fundraising team, so is the ACBL. Any amount of time you play on The Longest Day while raising funds for the Alzheimer’s Association will help Team ACBL achieve its goal of having bridge played from sunrise to sunset.
Do I have to raise money to participate in the event?
We encourage you to challenge yourself and set a goal that represents the commitment that you are making.
What if I can’t raise the suggested minimum? What kind of support will you provide?
This event does include a fundraising component. Every dollar you raise goes to support the Alzheimer’s Association. We know that the idea of asking people for money can be intimidating, especially if it’s not something you’ve done before. Most people are pleasantly surprised at the response they receive when asking friends and family for donations. If you use the tools provided, your goal should be achievable. If you do fall short of the goal, your team will not be billed or charged.
Where does the money go?
For U.S. clubs, funds raised will go to further the efforts of the Alzheimer’s Association. For Canadian clubs, funds raised will assist the Alzheimer Society of Canada.
How does the Alzheimer's Association receive the money our club raises? Do donors receive a receipt?
The The ACBL will send the sanction fees collected from online Alzheimer’s games, whether played online on June 24 and 25 or in face-to-face clubs on their chosen day, directly to the Alzheimer’s Association or Alzheimer Society of Canada.
For additional donations by your club and players to a charity organization, you can either directly visit the website (clubs registered with the Alzheimer’s Association will have a specific page and donation link) or mail in your donations. For donations to the Alzheimer’s Association, use the donation form in the Team Captain kit or download another from the Team Resources section on this page. If you are sending multiple checks via mail, a receipt will be sent to the name and address of each donor as it appears on the check.

Do players receive upgraded masterpoints?
For face-to-face games, the awards will be upgraded to 63.6% sectional-rated black points. For virtual games, the awards will be double the regular club masterpoint® black points. For either platform, you may choose to run 12-17 boards in “short games,” and those awards will be 60% of what a “full game” (18+ boards) would award.
What are the sanction fees for games played on The Longest Day?
For both face-to-face and virtual clubs, the fees are $5.10 per table instead of $1.10 per table for games 18 boards and over, and $4.64 per table instead of $0.64 for games of 12-17 boards.
How do I hold Longest Day Games Online?
Any Virtual Club games June 24 or 25, 2023 will automatically be included in the event.
Fliers Honor Someone You Love

Be a Superhero Poster Day with the Most Light Poster 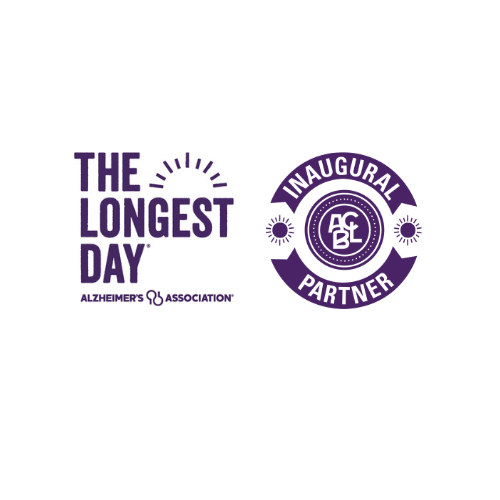