Waldemar von Zedtwitz, linguist and lexicographer, was one of the great bridge players and personalities of all time. A champion in six consecutive decades, he was one of the first 10 players to be designated a Life Master (#4) when that category was created and one of the nine original members of The Bridge World  Hall of Fame.

To commemorate induction to the Hall of Fame, it was said that each member would have a bronze bust of their likeness created. Whether this ever happened, no one alive today can be sure. No bronze busts of the original nine had been spotted by the general public until the ACBL Museum had a surprise visit from Tom Gant of New Orleans on June 7, 2012.

Gant’s father, Joseph T. Wells, cared for von Zedtwitz’s home when he lived in New York from the early 1930s until the 1980s, shortly before von Zedtwitz moved to Hawaii. Von Zedtwitz left the bust and other bridge-related personal effects behind and Wells continued to care them until his death, when Gant took possession of them.

Gant said, “Bridge was such a large part of von Zedtwitz’s life, and I felt there must be some place appropriate for these items.” But he didn’t know where.

When Gant, an IT person, learned about the ACBL Museum from some of the League’s IT staff at a conference in Denver CO, he knew he had found a home for the bust. His “personal journey” to move the bust to what he considered its rightful home ended when he arrived at ACBL headquarters and transferred possession of the bust to the League.

Gant took a tour of the museum and was delighted to see the gold von Zedtwitz Life Master Pairs trophy and a photo of von Zedtwitz playing Bridgette with Oswald Jacoby and another acquaintance from Gant’s past – Prince Joli Kansil. Gant said, “It is an honor for me to meet people who know and appreciate how much bridge meant to von Zedtwitz.” 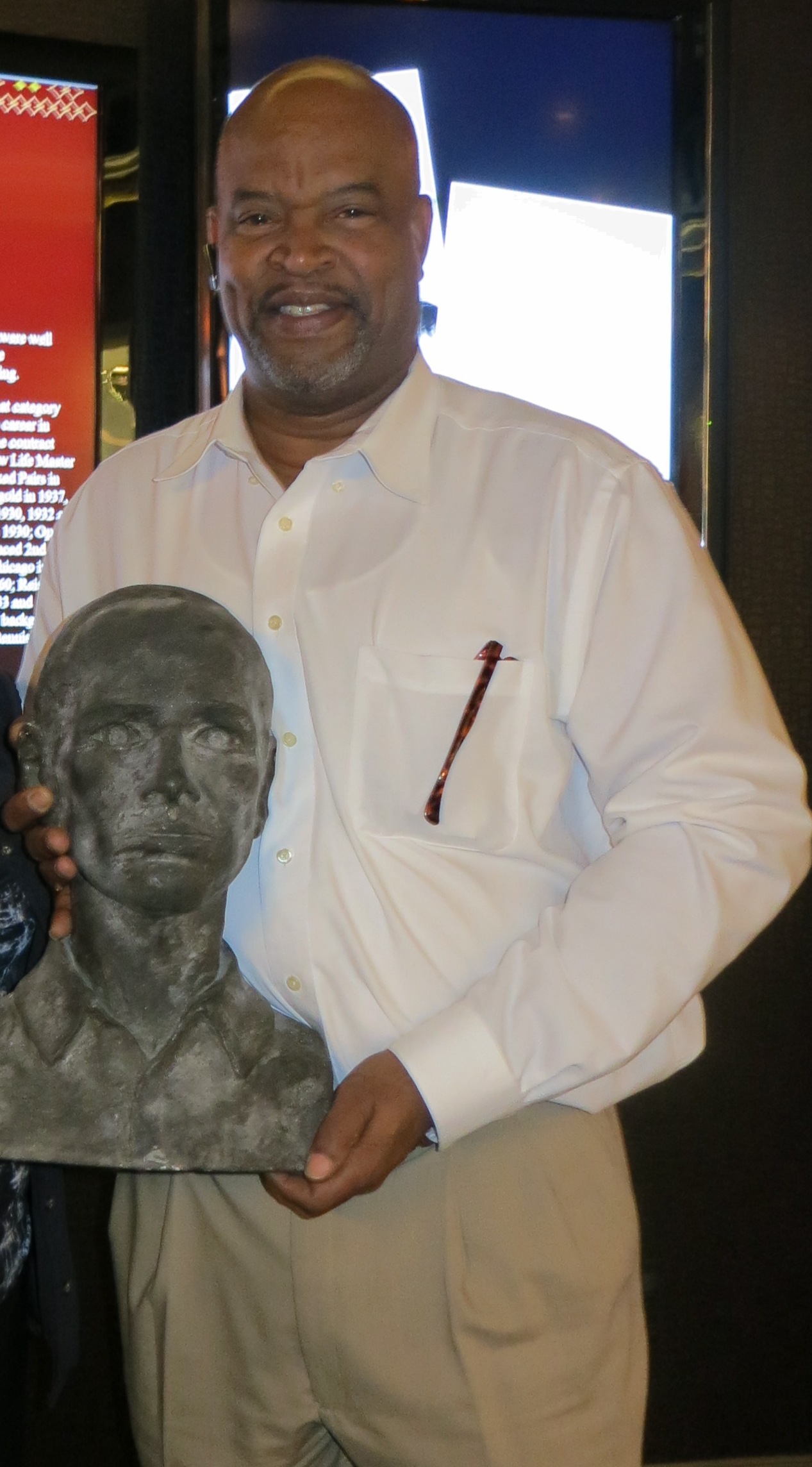