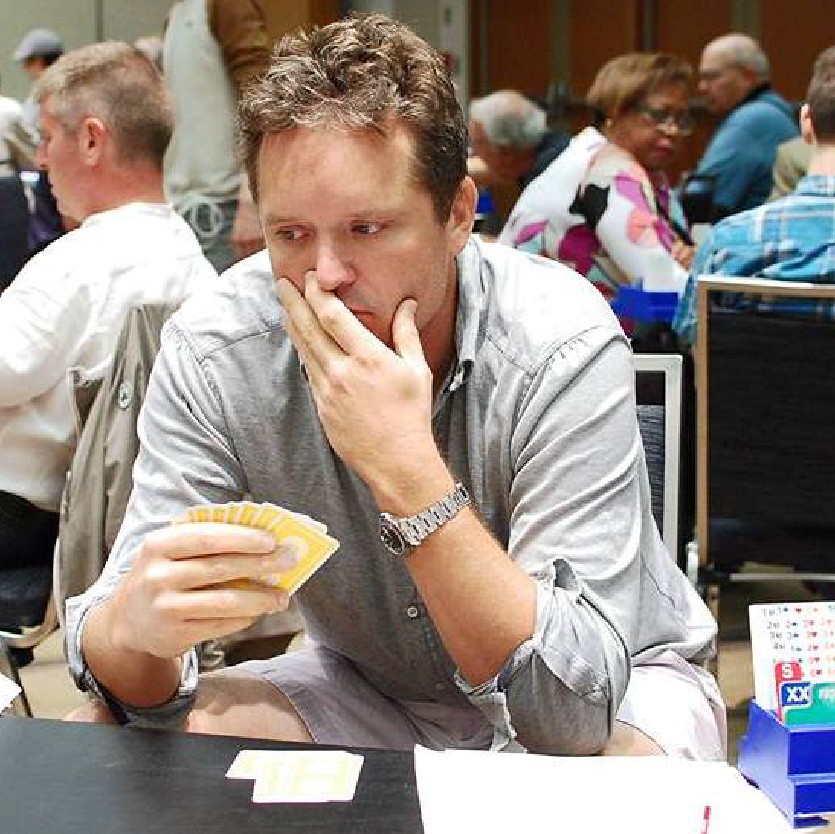 Hi, my name is John McAllister. I have spent the past six years playing bridge all around the world. My goal is to win a world championship. Doing so requires getting into the minds of the world’s best players. I can not think of a better, more fun way to do so, than to interview great bridge players and share their insights in podcast format.

In August of 2012, Tom Carmichael and I spent 12 days together in Taicang, China. Tom as the non-playing captain (NPC) of the USA1 Under 21 team, and me as the executive producer of a documentary film with the working title Lost in the Shuffle. We decided to focus on Tom’s team owing to the appeal of the players on it and their chance to win the first ever medal for the US in the Youngsters (Under 21) Series. This conversation is eight years in the making.

As an outside documenter, it’s fascinating to hear Tom talk about the dynamics between his fellow NPC’s and how they discussed and learned about which teams and players were good. Tom earned silver medals as both a player and NPC in junior bridge and has represented the US in The World Mind Sport Games.

For all of the junior bridge players out there, Tom and Joel Wooldridge’s partnership started when they met at the junior reception at a Summer NABC. You never know where you might find your world class partner!

Search “The Setting Trick” on your preferred listening platform or click on one of the links below.
Apple Podcasts: https://podcasts.apple.com/us/podcast/tom-carmichael/id1345780835?i=1000497095576
Soundcloud: https://soundcloud.com/john-mcallister-221670174/25-tom-carmichael-1
Or read the transcript