Despite a last-round loss, the squad led by Meyer Kotkin held on to win the Truscott/USPC Senior Swiss Teams over npc Gaylor Kasle’s team by less than one victory point. 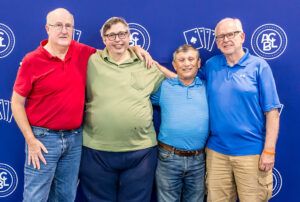 This was the second NABC victory for captain Kotkin, but the first for each of his teammates. And with the victory, Allen, Pineles and Boye all became Grand Life Masters.

In second with 114.56 VPs was the team of Haig Tchamitch of Paradise Valley AZ, Billy Cohen of Sherman Oaks CA, Michal Kwiecien of Lublin, Poland, and Wlodzimierz Starkowski of Poznan, Poland. Their nonplaying captain was Gaylor Kasle. 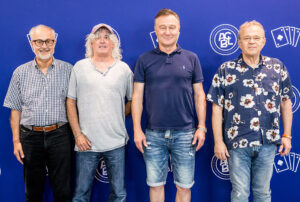