Dunitz did it, wins BAM 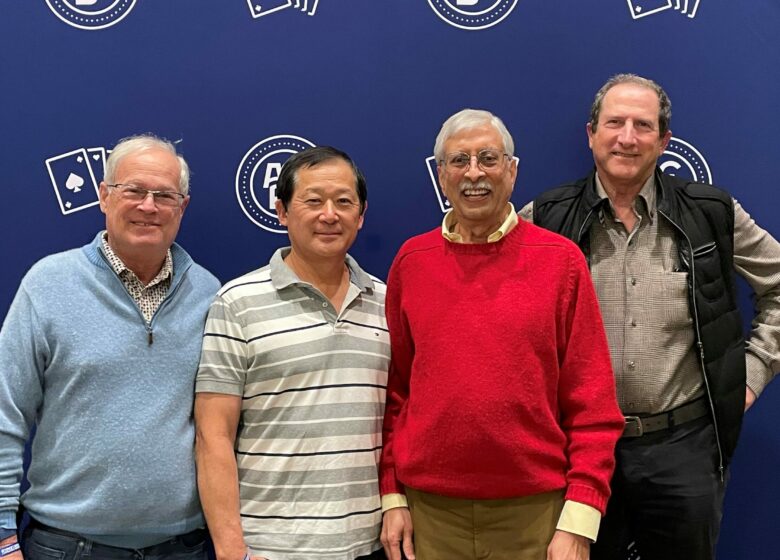 Dunitz scored 17 and 15.5 in the first and second qualifying sessions to qualify in first place with a carryover of 4.20. They scored 16.5 in the first final and 14 in the second final session.

The Verbeek team qualified in a three-way tie for third place with a carryover of 3.64. Their first and second final session scores were 13.5. and 17.5. 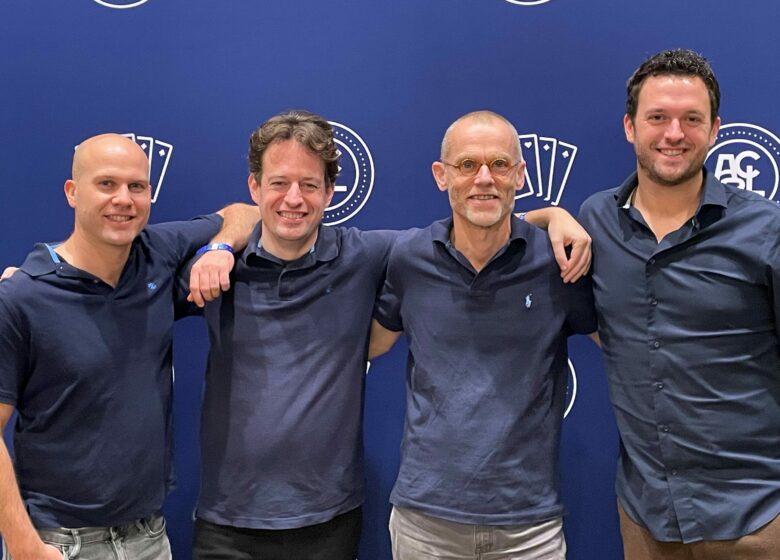 It’s the second NABC+ win for Dunitz and Baqai, frequent partners who won the Grand National Teams Championship Flight in 2001. Itabashi and Grabel both have several titles.