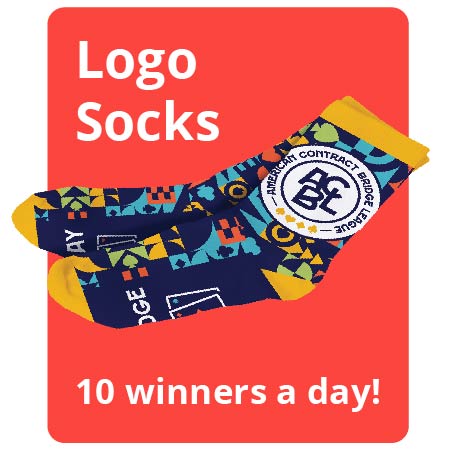 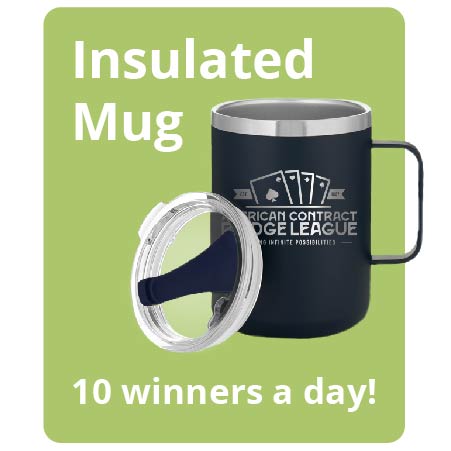 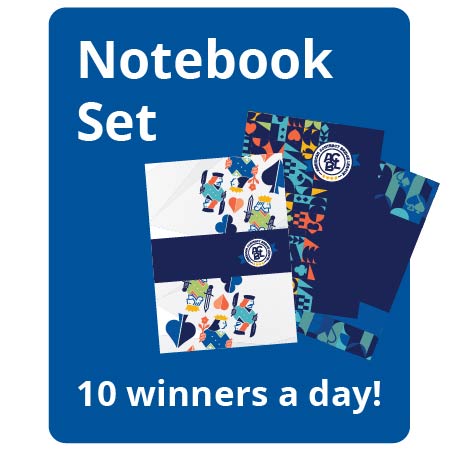 Enter Daily and You Could Win Big!

Complete the tasks on this page each day of the promotional period (Oct. 18-22) to earn entries for special prizes! We want to celebrate you, the best members ever!

NO PURCHASE OR PAYMENT OF ANY KIND IS NECESSARY TO ENTER OR WIN.
A PURCHASE WILL NOT INCREASE YOUR CHANCES OF WINNING.

BY ENTERING THIS PROMOTION, YOU AGREE THAT, TO THE EXTENT ALLOWED BY LAW, ALL DISPUTES WILL BE RESOLVED SOLELY BY BINDING ARBITRATION, AND YOU WAIVE THE ABILITY TO BRING CLAIMS IN A CLASS ACTION FORMAT.

Sponsor’s computer is the official timekeeping device for the Promotion. 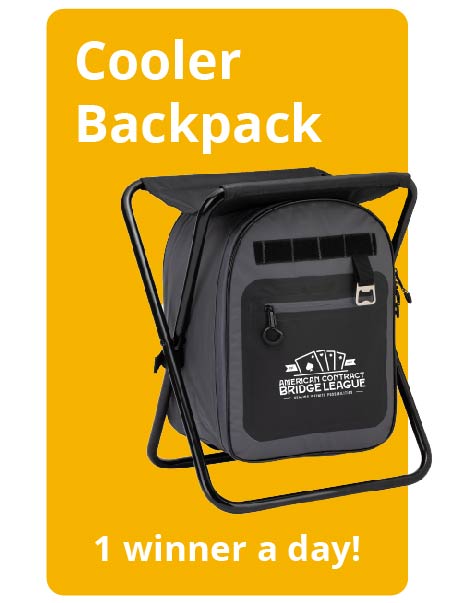 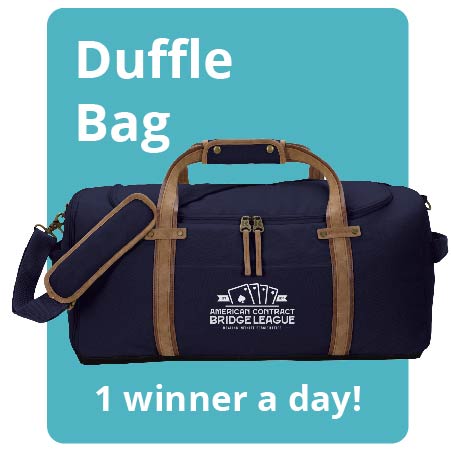 What year was the ACBL founded?

The American Contract Bridge League (“ACBL”) and each of its individual members agree as follows: